Mission accomplished: this first very particular music video series is now complete. I have to admit that, for a variety of reasons I’m not going to enumerate, Roseanna’s video has been the most difficult to drive home… nevertheless,  despite all the snags we hit, the video was presented to the producer and everybody is more than satisfied with the outcome. First and foremost I would like to warmly thank John Brown, whose help in this production has been priceless; Patricia Brown, Gerry brown, Jonathan Brown. Many thanks to actor Sam Burn who played the role of the “the boyfriend” without any blemishes. A special thank goes also to Canon Inc: the fabulous lenses we used for this production allowed us to reach a very interesting picture quality we are very happy with. Shooting a pop video in the land of pop is an enticing and demanding challenge that Roseanna embraced very profesionally: it was her first music video, she never took it for granted and devoted herself totally to it. Furthermore, being humble is a feature that always conquers me and makes me work well. As we know, in the entertainment business pride is always around the corner, but I am convinced that the mature and fruitful self confidence I see in real artists stems from full humility. So, many thanks to Roseanna for working so hard around her schedule to be always  “present” and meet my needs of director. And last I would like to thank the bunch of guys who are holding the signs in Trafalgar square, they were selected on the spot and they acted brilliantly. 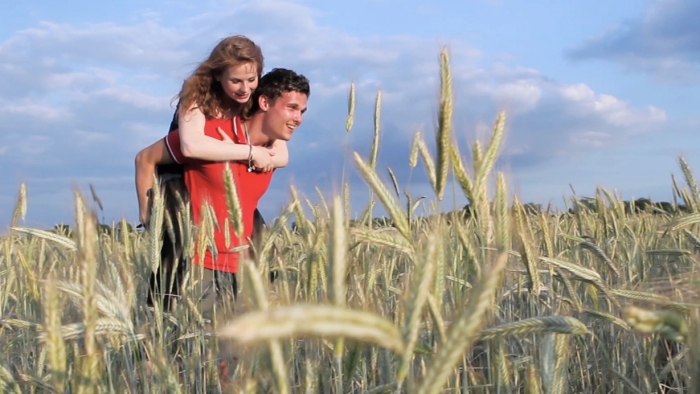